Thx to Cool Hunting for the kind words and feature -

From their 7-inch split with label-mate Alpha Du Centaure, Elvyn Rhud‘s “Orange is For Love” could be from the soundtrack of a forthcoming Spaghetti Western if the cast were all French… and tripping on LSD. Or, that’s at least how it sounds. French duo Cassandre Arpin and Léo Puy comprise Elvyn Rhud and they’ve once again delivered something psychedelic and timeless. 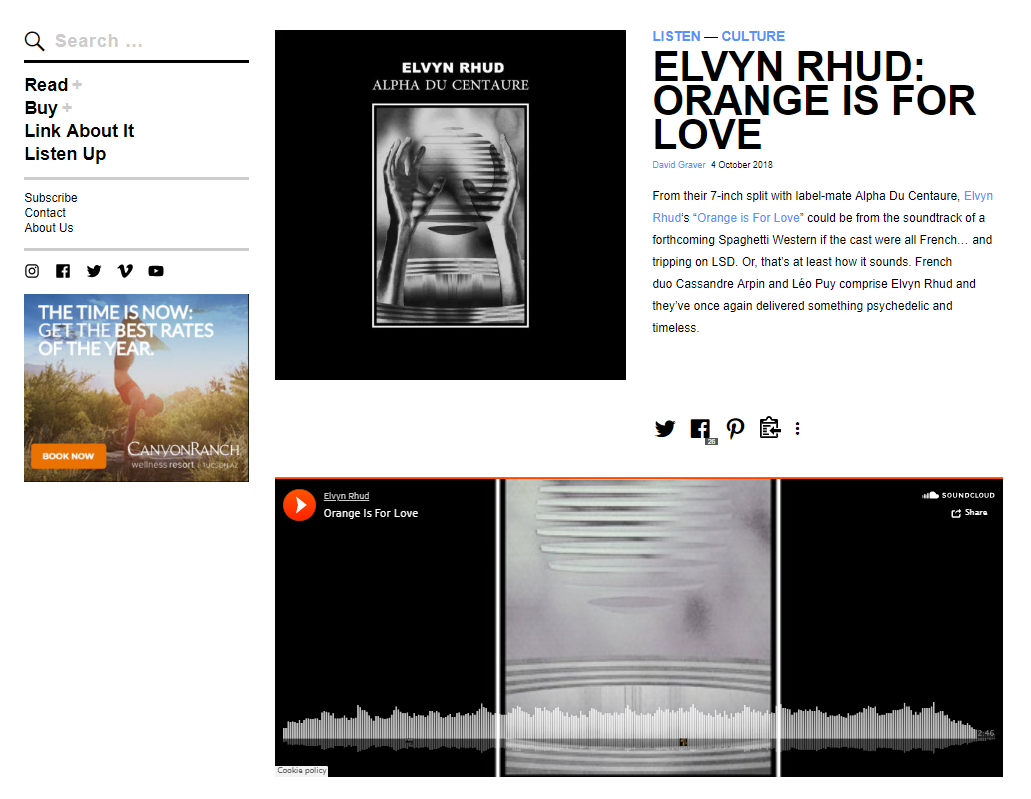