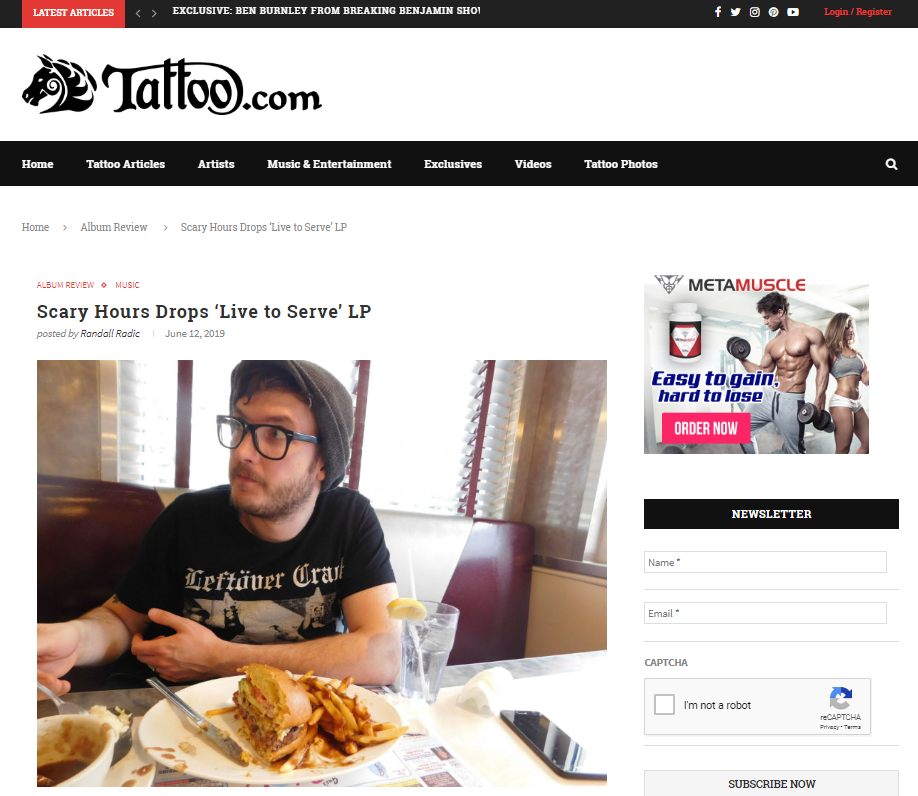 Scary Hours is the musical project of Ryan Struck, who got his start in music playing with punk and hardcore bands while still in his teens. A multi-instrumentalist, Struck has two second jobs, playing bass with The 65’s and drums with Voice of Doom.

Hesitant to call himself a solo artist, Struck came up with the idea of Scary Hours, with a sound blending stripped down acoustic songs flavored with savors of punk and acoustic pop. The name – Scary Hours – was borrowed from Wu Tang’s 1997 album, Forever.

Encompassing 10-tracks, the album begins with “Fridgehunter,” which opens on a compact strumming acoustic guitar topped by Struck’s nasal tenor backed by creamy radiant vocal harmonies. Highlights include “Daisy,” riding gleaming guitar textures set in a folk-pop-flavored melody, as Struck tells the tale of Daisy, who left him “broke,” “blind,” and “crippled by regret.”

The title track travels on rapidly stuttering guitar riffs shifting to smoother tones. Hints of surging punk energy flow through the tune, as Struck ruminates on the vagaries of living to serve and/or serving to live, which isn’t all it’s cracked up to be, especially when faced with poor choices, the subway, and declined credit cards.

“The Real Disease” is “conformity,” which results in “pretty little piggies lined up all in a row,” as everyone does what’s expected of them. I love the whistling tone serving as the solo, infusing the tune with sarcastic inflections of color. This is a grand track.

The best track on the album, from a subjective perspective, is “It All Ends Here,” featuring a streaming electro-pop flow of delicious surface colors and layers of sonic hues.

Live to Serve is superbly wrought, full of droll humor mirroring the punk attitude of quarreling with the seemingly irrelevant treadmill of the world, with all its ridiculous flaws. Scary Hours, aka Ryan Struck, comments with stylish flair and clever lyricism on matters sublime and absurd.