"unsettling and raw anti-folk, rich with socio-political humor and the confrontational spirit of punk and hardcore" - Mad Mackerel 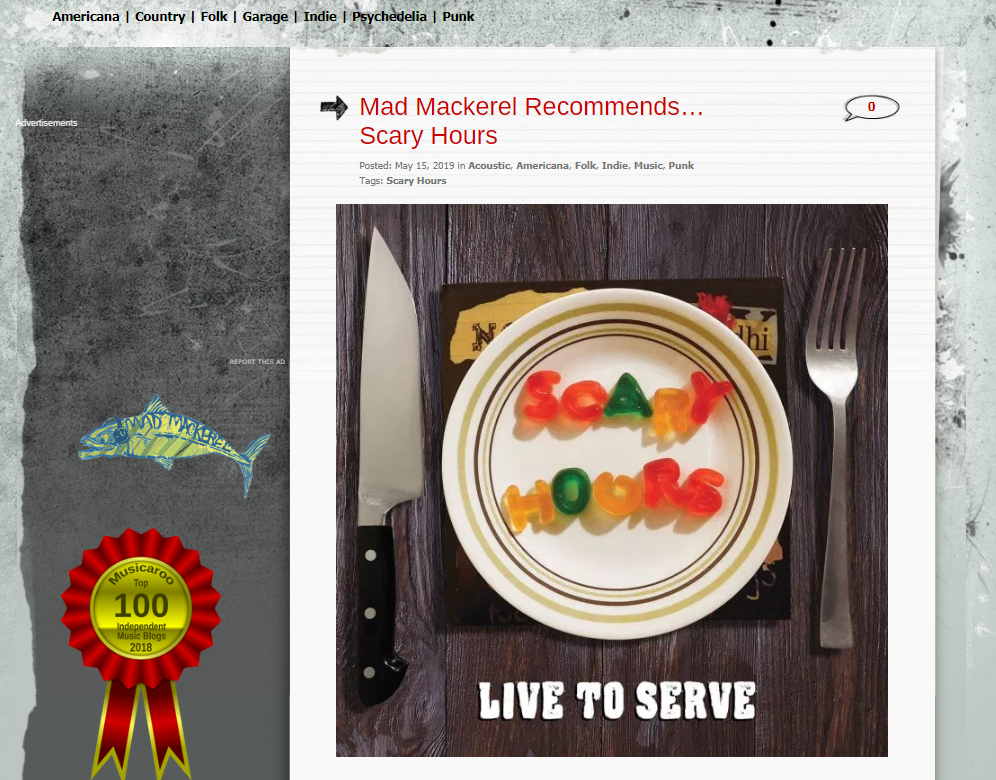 Scary Hours create unsettling and raw anti-folk, rich with socio-political humor and the confrontational spirit of punk and hardcore.
​
Band spearhead Ryan Struck is officially from Jersey, but his songwriting is chock full of references to work life in NYC. The term “Scary Hours” is actually pulled from the Wu Tang Clan track from their 97’ album Forever.

Scary Hours was conceptualized with the intent of writing stripped down acoustic songs, and while it contains some of the jingle and gloss of punk-tinged acoustic pop, the debut album is more basement show than coffee shop – Elvis Costello meets Lawrence Arms maybe, or possibly a Bukowski-esque Bright Eyes.

Check out the title(ish) track and the excellent Circling Shit from the debut album (released last week on Pyrrhic Victory Recordings) as well as a cover (download for free) of Elliott Smith’s Ballad of Big Nothing.