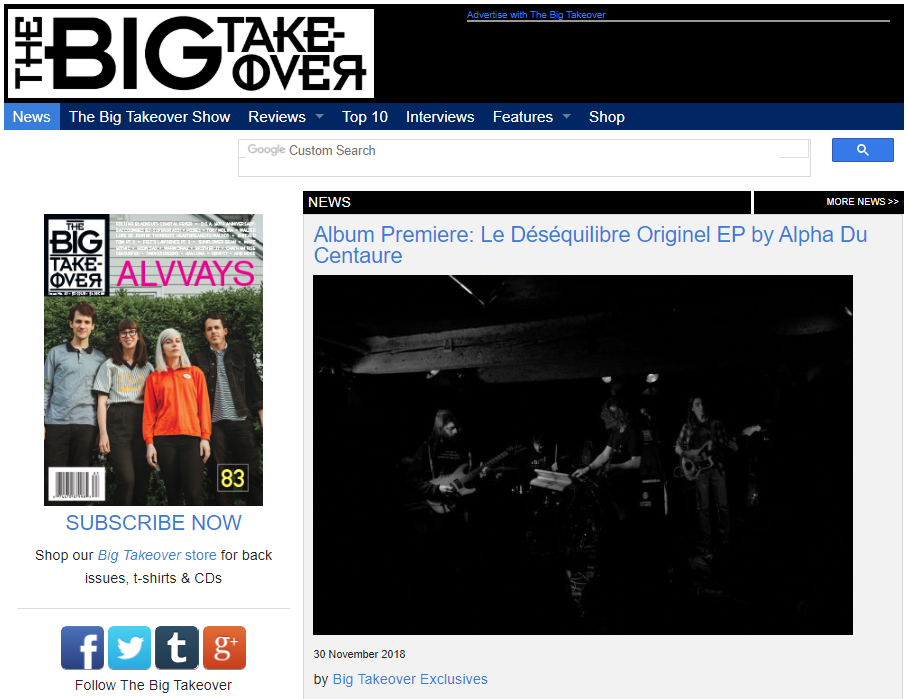 The Big Takeover is pleased to host the premiere of Alpha du Centaure’s entrancing and dynamic second instrumental EP, Le Déséquilibre Originel. The band’s music channels celestial depths and a mix of muted colors that represent melancholy and solitude. Starry and floating climes segue into stormy turmoil, with the sonics representing the movement towards natural subject matter and the face of the great unknown.

Giving some details about the new record, the band explains, “On our second EP, Le Déséquilibre Originel, we continued to pursue the musical direction we had begun with our previous work, although we feel we have expanded upon our sound and brought it to higher peaks and lower depths. The songs that compose it were written in 2015 and early 2016, a time where we took the opportunity to work on the evolution of our sound, as well as the overall band dynamic.”

“The release of this EP marks the end of one phase of our band and the beginning of another, as we’ve endured a lineup change, moving forward without our original bass player and drummer due to geographical and professional reasons. Despite this, we’ve managed to tackle larger subjects and evoke deep, vast spaces, which was a broadening of our sound compared to our last EP, La Couleur De Mes Rêves, which explored topics closer to human feelings and experience. We are excited about this new EP as we feel it aptly conveys the current evolution of our music and is closest to our sound identity that we have been constantly pushing for.”