"..lots of love and too much Cough Syrup." - Essentially Pop

Thx to Essentially Pop for the nice feature - 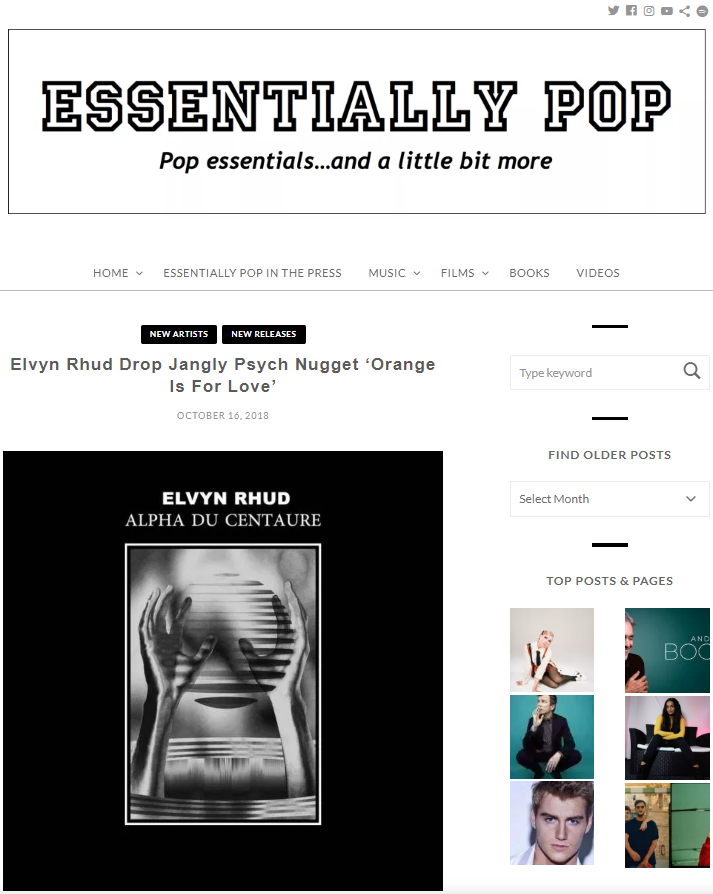 With a sound resembling Brian Jonestown Massacre, French duo Elvyn Rhud have released the single, ‘Orange Is For Love’, from a shared 7″, divided between them and Alpha Du Centaure. The track was released on 28 September via Pyrrhic Victory Records, and has a jangly guitar vibe which wouldn’t sound out of place in an old Western.

Recorded in Grenoble, Avignon, and Paris, ‘Orange Is For Love’ is a laid back, psych track, with inspiration and encouragement from French musical collective, Jericorp. The latter described Elvyn Rhud as,

“A gathering of Chris Isaak, lots of love and too much Cough Syrup, playing a Western movie soundtrack with some Brian Jonestown Massacre and other psychedelic formations echoes.”

Comprising Leo and Cassandre, were initially flatmates who then became a couple, and from there the band was born out of what was initially a solo project: Casandre started adding percussion and vocals to Leo’s guitar and vocals, completely changing the sound and direction of the project.

Absorbing the sounds of those who inspire them, including Aqua Nebula Oscillator, The Oscillation, The Growlers, Palm Cross, Flavien Berger, and Mouncey Street, Elvyn Rhud have been writing and composing in secrecy. Phyrrhic Victory Recordings then came across ‘Orange Is For Love’, and asked for more, and following the 7″ split with label mates Alpha du Centaure, a new EP is set to be released.

You can buy ‘Orange Is For Love’ here. Find out more about Elvyn Rhud online on their Twitter, Facebook, and SoundCloud accounts.